Mpho Madise Best known as “Mo G”, is a South African best known as Kaya FM’s weekend DJ, hosting the Kaya FM Top 40 on Saturdays 10 am-2 pm and covers the Sunday 10 am-2 pm slot. The Joburg-born DJ wanted to become an astronaut when he was a boy but fate had other ideas. He changed his mind after meeting 5FM’s Tich Mataz, who later became his mentor. He has worked at Highveld Stereo and Radio 2000. Though he plays a lot of R&B and Soul on Kaya, he says he is a big hip-hop fan.

When he is not in the studio he is off tenpin bowling and socializing with friends at the trendiest hot spots around Johannesburg. Born and raised in Jozi, Mo loves the buzz of the city.

Being a celebrity it’s tough because you can never do something bad and people do not know about it. That’s why they say always make sure you do the right thing to avoid finding yourself trending for the wrong reasons because social media is quick with taking videos and sharing them on social media.

SEE ALSO  "I want us to fall in love together, I love waking up to you every day."-Sheggz tells Bella

Mo G found himself trending this morning after Musa Khawula took to his social media account and shared a video of Jabu Brown who is Lasizwe’s alleged boyfriend at the groove fighting after Mpho refused to give him back his car. Below is what Musa shared: Lasizwe’s boyfriend Jabu Brown says he borrowed Mpho Madise of Metro FM his BMW X3 and he refused to bring it back.

Jabu Brown waited for Mpho outside Disoufeng; Soweto where he was gigging. 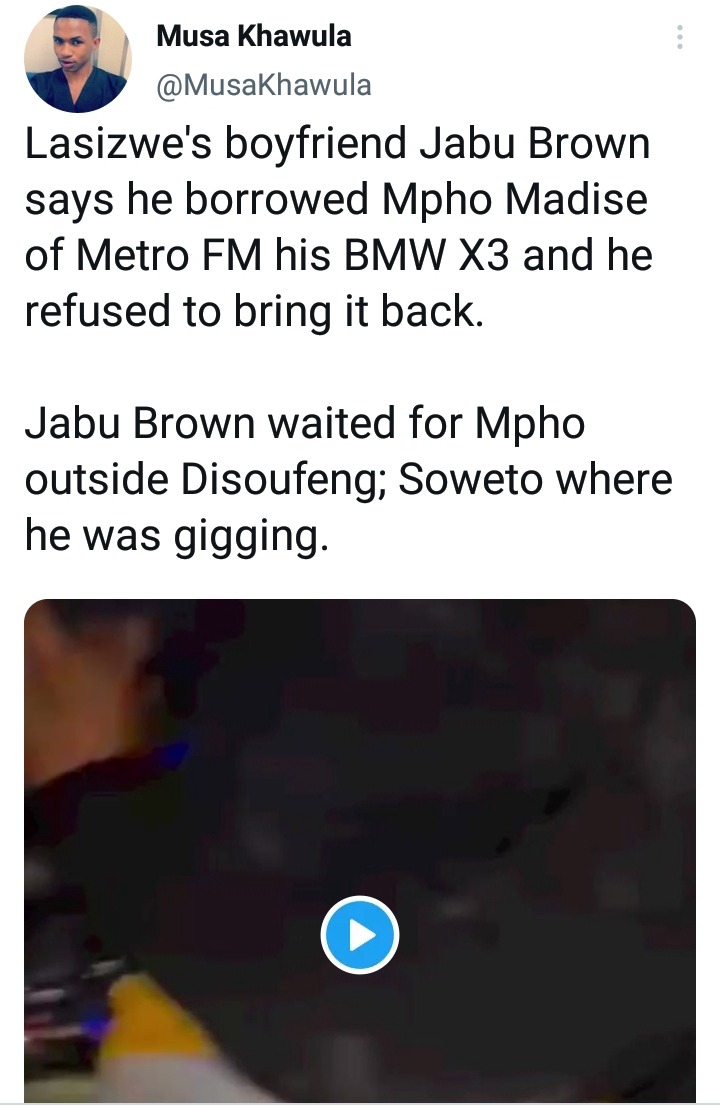 This is so embarrassing imagine being exposed like this on the internet, Mo G didn’t think Jabu Brown would do something like this that’s why he decided to ignore him when he asked for his car back. Now people are disappointed with him because now people say things they were not supposed to see that he was doing in that car. Because there was something like marijuana probably something he does during his spare time now his exposed.

SEE ALSO  6 Action Movies you should Watch this week

And knowing these radio stations don’t like to see their workers trending for the wrong reason, Mo G might be in trouble after this video goes viral. People are saying he could have just called an Uber to take him to his gig unlike ending up being dragged like this in public. Mo G is one of the respected people in the industry but people will think otherwise about him after this. 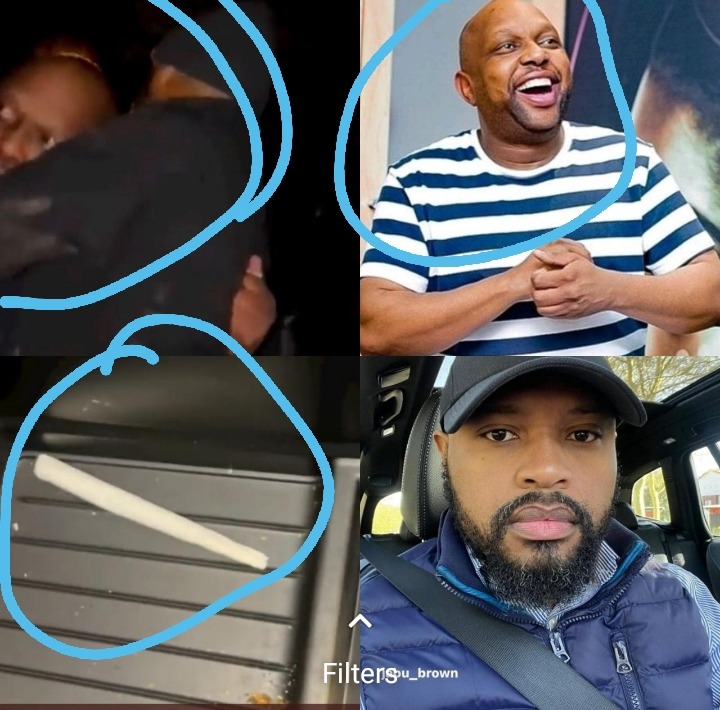 Content created and supplied by: KgaogeloEntertainment (via Opera
News )

Raila In High Mood, Hoping To Be Declared Next President, Says Oburu Odinga